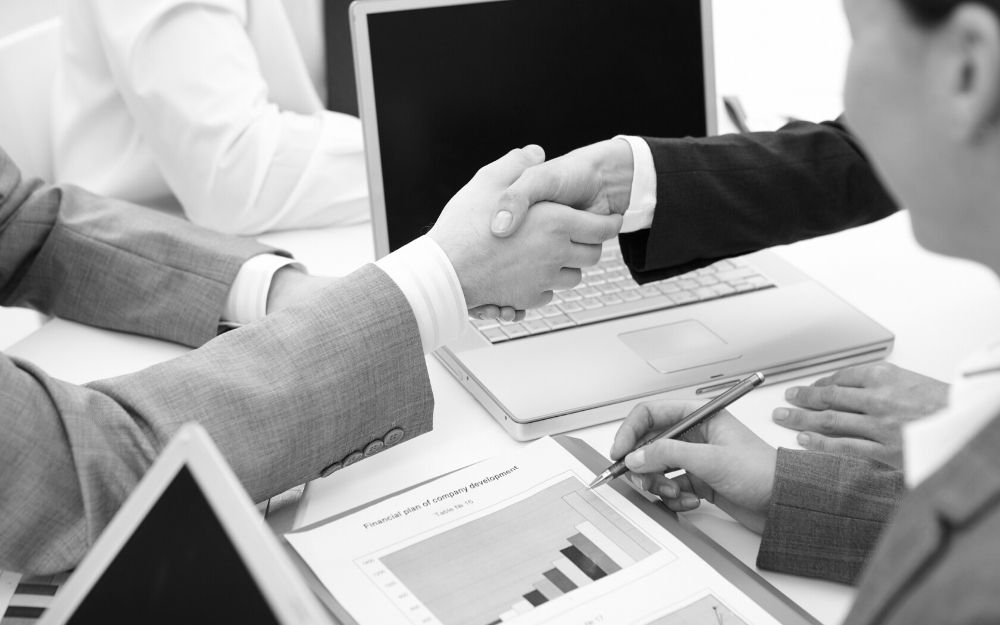 Can you rely on your costs agreement in a dispute?

This article examines a number of significant recent judicial decisions in New South Wales and Victoria that provide direction to practitioners on when they can rely on a valid Cost Agreement should a dispute arise regarding costs. The facts and findings of each of these recent decisions also provide guidance as to the types of situations where practitioners should pay extra attention to ensuring the validity and integrity of their retainer and, ultimately, their ability to recover costs.

There have been a number of significant recent judicial decisions in New South Wales that provide direction to practitioners on when they can rely on a valid costs agreement should a dispute arise regarding costs. The facts and findings of each of these recent decisions (discussed below) also provide guidance as to the types of situations where practitioners should pay extra attention to ensuring the validity and integrity of their retainer and, ultimately, their ability to recover costs.

In Steirn v Spanko Soulos Legal Services Pty Limited and Anor,[note][2009] NSWSC 1388, judgment dated 18 December 2009.[/note] the Supreme Court considered the circumstances in which a costs agreement can be accepted by conduct. The Legal Profession Act 2004 (NSW) allows for acceptance of disclosure by conduct at section 322(4) (or s184(6) in the former 1987 Act).[note]Although, it should be noted there are exceptions to this provision in matters involving contracting out of scale.[/note] The decision in Steirn involved a dispute between a solicitor and counsel where the fee disclosure of counsel had not been executed and provided a clause allowing for the disclosure to be accepted “…either in writing or by conduct by giving me further instructions in relation to the matter without first notifying me in writing that your firm does not accept my offer”.[note]Above Footnote 1, page 4, paragraph 9.[/note]

There was conflicting evidence at first instance between the solicitor and counsel regarding whether the solicitor had accepted responsibility for counsel’s fees verbally. The dispute before Schmidt J required His Honour to determine ‘whether the parties’ conduct in relation to the document [costs agreement] evidenced the acceptance of the agreement…’.[note]Above Footnote 1, page 8, paragraph 20. It should be noted that the Appeal also required the Court to consider whether there had been a miscarriage of justice at first instance.[/note] In considering this question together with the original judgment of the Local Court, Schmidt J opined that the ultimate test to be applied when considering whether a costs agreement has been accepted by conduct is an objective test[note]Above no 1, page 8, paragraph 25.[/note] and must be determined in accordance with the ‘reasonable bystander’ test. That is, the test to be applied when considering whether a costs agreement has been validly accepted by ‘conduct’ is ‘whether a reasonable bystander would regard the conduct of the offeree, including his silence, as signalling to the offeror that his offer has been accepted’.[note]Above no1, page 8, paragraph 22. On this question, Schmidt J applied the test set down in Empirnall Holdings Pty Limited v McMahon Paull Partners Pty Limited (1988) NSWLR 523[/note]

In Najem v Maatouk[note][2010] NSWSC 20 (10 February 2010)[/note] the Supreme Court reviewed a costs assessment where the client denied ever receiving the costs agreement and contended, alternatively, that a verbal agreement for a much lesser sum had been made. [note]Above, page 4, paragraph 13.[/note] The assessment and dispute was substantial with forty-six separate bills of costs issued by the solicitor to the client, prior to the client filing for assessment. There had been weighty evidence put before the assessor from both the solicitor and client regarding the costs agreements in place. The costs assessor was effectively asked to consider ‘two inconsistent sets of costs disclosure letters’.[note]Above, page 5, paragraph 15.[/note] The costs assessor was also required to make findings regarding the authenticity of the different sets of disclosure documents produced by the parties.

The Application before the Supreme Court was made by the client to re-open the question of authenticity of the costs disclosure letters relied upon by the solicitor in the original costs assessment. On appeal, the court reviewed and considered the verbal agreements that the client alleged were in place. Oral evidence regarding the ‘verbal agreements’ was given by both the client and the first solicitor and tested by cross-examination on the appeal. [note]See specifically paragraphs 43-47, above.[/note] Ultimately, the client’s evidence was accepted and McCallum J found that ‘an oral agreement was reached’ between the client and solicitor to the effect outlined by the client. In fact, McCallum J determined that ‘the only agreement as to costs between [the client] and [solicitor] was the oral agreement negotiatedí.[note]Above, page 13, paragraph 62.[/note] The court also found that the solicitor who reached the agreement with the client had ‘ostensible’ authority to enter into the agreement irrespective of whether he had actual authority.[note]Above, paragraph 52.[/note]

The consequences of this finding meant that McCallum J also made findings that, inter alia, the verbal agreement did not contemplate the billing arrangements that ultimately occurred, the original determination of the costs assessor (in favour of the solicitor) be set aside and the solicitor was ordered to pay the client’s costs of the appeal.

Significantly, the grounds of the appeal did not expressly raise the enforceability of the verbal agreement given the provision under the Legal Profession Act 1987 s184(4) that a costs agreement is void if it is not in writing or evidenced in writing.[note]See the equivalent provisions at s322(2) and s327(1) Legal Profession Act (NSW) 2004[/note] However, the court considered this issue inextricably intertwined with its ultimate finding that no written fee agreement was in existence and determined that s184(4) does not extend to render verbal agreements ‘favourable to the client’ void.[note]Above n7, see page 13, paragraphs 63-64.[/note]

‘There were numerous examples in the bill of costs where each client had been separately charged at the full agreed rate for attendances which were carried out simultaneously. For example, the total time spent at Court by the solicitor for the plaintiff instructing counsel on the hearing was not divided by the three cases.'[note]Above, page 4, paragraph 7.[/note]

In response to the allegations, the solicitor submitted that she did not have ‘any obligation to apportion the costs, especially having regard to the terms of the costs agreement which did not require such an approach’. The solicitor also submitted ‘that, while the three matters involved members of the same family, the time and circumstances of each accident was different and up until the time of the hearing each matter was conducted separately’. Whilst asserting the right to charge a separate fee for each matter, the solicitor had made a written offer to ‘accept a reduction in the firm’s costs and disbursements’.[note]Above, page 5, paragraph 9.[/note]

The Legal Services Commissioner made extensive representations in relation to the rights asserted by the practitioner and the Tribunal considered these at length together with a range of related preliminary matters involving procedural fairness, construction of the costs agreement provisions of the Legal Profession Act (NSW) 1987[note]Given the date of first instructions, the Legal Profession Act (NSW) 2004 did not apply.[/note] and a review of earlier ‘gross overcharging’ authorities.[note]See, for example, Veghelyi v The Law Society of New South Wales (1989) 17 NSWLR 669; New South Wales Bar Association v Meakes [2006] NSWCA 340; D’Alessandro v Legal Practitioners Complaints Committee [1995] 15 WAR 198; Law Society of the Australian Capital Territory v Lardner [1998] ACTSC 24 at [120]; Council of the Queensland Law Society Inc v Roche [2004] 2 Wd R 574[/note] In its review of previous decisions the Tribunal also determined that the authorities clearly and uniformly establish that ëthe proof of the existence of a costs agreement is no bar to disciplinary proceedings being brought against a legal practitioner arising out of a complaint of overcharging. In every case the relevant inquiry was whether the practitioner had charged fees grossly exceeding those that would be charged by lawyers of good repute and competency.‘[note]Emphasis Added. See Above n 5 at page 18, paragraph 39.[/note]

The central issue before the Tribunal in relation to the allegations, from a costing viewpoint, was the practitioner’s apparent failure to apportion costs between related clients and matters. In relation to the duty to apportion costs the tribunal accepted the evidence of two expert witnesses that ‘a central rule of costs assessing and the ascertainment of the fairness and reasonableness of costs charged was that a lawyer could not charge the same unit of time more than once.'[note]Above, page 33, paragraph 92.[/note]

In relation to the difficulties of apportioning costs, the Tribunal opined that ‘…there appears to be no uniform practice in relation to apportionment and that undoubtedly is a reflection of the numerous factors that need to be taken into account in applying the principle. That practical recognition that an absolute rule may be difficult to lay down and the circumstances of each matter have to be considered should not lead practitioners to conclude that routinely charging more than once for the same legal service without apportionment is unlikely to raise issues of professional misconduct.'[note]Above, page 32, paragraph 88.[/note]

In the facts of this matter, the Tribunal concluded that ‘…the costs agreement did not entitle the respondent practitioner to charge each client the full amount for attendances at the six-day hearing of the matters. Further, where the costs were incurred for more than one client during any hour of attendance then the costs of that hour had to be apportioned so that each client paid for the work actually performed for their case or, where appropriate, the time would be simply equally shared between them.'[note]Above, page 34, paragraph 94.[/note]

In the circumstances, and after considering a range of relevant authorities, the Tribunal determined that the practitioner’s conduct was considered to be professional misconduct.

The reasoning of the Tribunal in this case together with its comprehensive consideration of approaches to apportionment of costs provides practitioners with a framework of both how to discount costs between overlapping matters and, secondly, a caution that apportionment should always be conducted fairly and reasonably to ensure that universal legal costing practices are not breached.

Finally, in March of this year, in Darkinjung Local Aboriginal Land Council v Darkinjung Pty Limited & Others[note][2010] NSWSC 132 (1 March 2010)[/note] the Supreme Court considered claims of non-disclosure and a complex solicitor-client costs dispute involving costing issues including: the costs law to be applied where the solicitor is in Victoria but the client is in New South Wales; the meaning of ‘matter’; effect of choice of law clauses in costs agreements; and whether the New South Wales or Victorian professional legislation should be applied to each dispute. Ultimately, because of the multiple clients and differing dates of instructions and circumstances of each of the four matters, Austin J found that the Legal Profession Act (NSW) 1987, Legal Profession Act (NSW) 2004 and Legal Profession Act (Vic) 2004 variously applied. As a result when considering the specific questions for determination the decision, inter alia, provides a helpful overview of the similarities and differences between each statutory regime including disclosure and billing requirements.