When Is a Tax Invoice an “Itemised Bill” 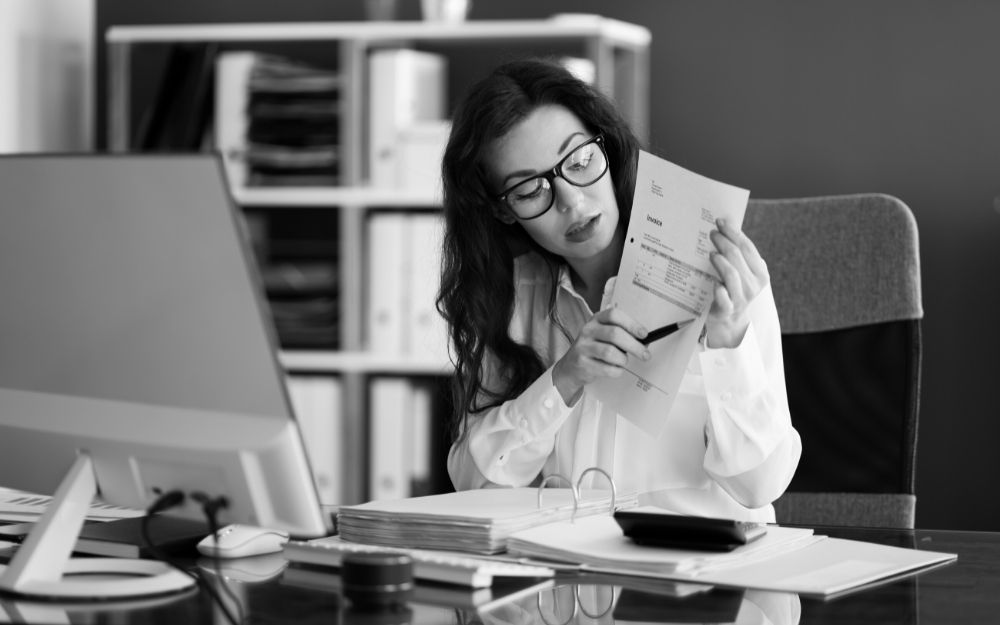 Is a tax invoice an itemised bill?

An interesting case came out of Supreme Court Victoria court of Appeal recently addressing what constitutes an itemised bill for the purposes of taxation (in that jurisdiction).

The matter of Piper Alderman v Kerryn Linda Smoel And Susan Carolyn Wooster (In Their Capacity As The Trustees Of The Morris Family Superannuation Fund) was heard by Beach and Ferguson JJA and Cameron AJA on 28 February 2017 with judgment handed down on 9 March 2017.

The case, on appeal from McMillan J in the VSC, concerned the legislative definition of ‘itemised bill’ under the Legal Profession Act 2004 (Vic) and whether the delivered tax invoices could be amended.

The general rule is that a practitioner cannot amend or withdraw a bill of costs without a valid reservation after it has been challenged, except with the consent of the client or the leave of the Court.

Piper Alderman Lawyers delivered 23 tax invoices to its clients (the trustees from time to time of the Morris Family Superannuation Fund). They totalled $346,128.60.   The invoices were delivered before the appointment of the current trustees, Ms Kerryn Linda Smoel and Ms Susan Carolyn Wooster.

Ms Smoel and Ms Wooster (in their capacity as the Trustees of the Superannuation Fund) (‘the New Trustees’) were the respondents to the application for leave to appeal.

The New Trustees filed a summons for taxation seeking review of the costs claimed by Piper Alderman.  As almost all of the invoices had been paid, if any amount is taxed off the bills, Piper Alderman would have been required to repay that amount to the New Trustees.  Consequently, as a defensive measure, Piper Alderman sought to revise the invoices it delivered so that they would include amounts that had not previously been charged for work done by it.

Piper Alderman did not seek payment of any additional amount.  It simply wanted to ensure that it has a buffer so that if an amount is taxed off, it would be counterbalanced by one of the additional charges it might have made but did not.

Piper Alderman claimed that the bills were ‘lump sum bills’ under the Legal Profession Act 2004 and that as such, they were not bound by the amount that it charged in the tax invoices.

If it was found that the bills as issued by Piper Alderman were ‘itemised bills’ under the LPA, then Piper Alderman would be bound by the amount and matters stated in the invoices and it would not be able to create any buffer.

Both the LPA (s3.4.2) 3 and Uniform Law (r5(1) Legal Profession Uniform General Rules 2015) define ‘lump sum bill’ and ‘itemised bill of costs’ in similar terms. ‘Lump sum bill’ means a bill that describes the legal services to which it relates and specifies the total amount of the legal costs. ‘Itemised bill of costs’ is defined as a bill that specifies in detail how the legal costs are made up to enable assessment/review.

The tax invoices were computer generated from Piper Alderman’s accounting software. Attached to the vast majority of the invoices were attendance schedules which contained multiple entries.  Each entry listed the date, name of the fee earner, their position (for example, partner), the time (expressed in fractions of an hour), the hourly charge out rate, the value (calculated by a multiplication of the charge out rate and the time) and a note of the task performed (with varying levels of description).

Under s 3.4.36(1) of the Legal Profession Act 2004 (Vic), a person who was entitled to seek review of a bill could request an itemised bill  only if a lump sum bill had been rendered. The law practice was required to comply with the request within 21 days and could not charge for its preparation. Similar provisions were contained in the NSW LPA at s332A.

On the cover page to each invoice, after the information providing the total amount payable, the following statement was included:

The judge below set out the relevant statutory definitions of ‘lump sum bill’ and ‘itemised bill’ and noted that apart from these definitions, the LPA did not expressly specify the content of an itemised bill. The judge then looked to r 63.42 of the Supreme Court (Civil Procedure) Rules 2015 (‘the Rules’) to ascertain the content for a bill of costs for taxation.

The judge noted that to be capable of review, a bill had to specify in sufficient detail the work done and the amounts charged for each service so that the recipient of the bill is in a position to make up his or her mind or obtain advice as to whether what has been charged is reasonable. The judge referred to the need for a lump sum bill to describe the legal services provided, if only in general terms, and found that:

“The particulars of the charges in the tax invoices and attendance schedules are sufficient to enable the applicants to obtain advice and make an informed decision on the nature of and the reasonableness of the charges and whether or not to exercise their rights to seek a review of the costs reasonably free from the risks of having to bear the costs of the taxation.”

and concluded that Piper Alderman’s tax invoices with the attached schedules were to be reviewed by the Costs Court on the basis of the fees charged in them.

(a) conflating that meaning with the procedural requirements for an itemised bill under r.    63.42 of the Supreme Court         (General Civil Procedure Rules) 2005;

(e) by construing bills providing more information than would ordinarily be provided by a lump sum bill to be an itemised       bill.

Pipers also relied on the fact that the description of ‘value’ contained on the schedule to the tax invoices was not a statement of the ‘amount charged’ and relied upon the statement as detailed above as to the reservation of rights to “serve on you a detailed bill in the event of non payment”.

It was found that the fact that the column in most of the attachments was headed ‘value’ rather than ‘charge’ was of no moment and that in the context of an invoice for legal costs, the terms were interchangeable.

It was further found that the fact that a bill contains more than the minimum amount of information necessary to satisfy the requirement of a lump sum bill does not mean that it automatically becomes an itemised bill.  However, the Judge below did not jump to that erroneous conclusion.  Rather, she simply noted that the invoices provided more information than would ordinarily be specified in a lump sum bill.

In addition, whether the bill has sufficient detail to enable it to be reviewed cannot be assessed in a vacuum.  The knowledge of the recipient about the context in which the charges were made is relevant.

As to the statement reserving rights to serve a detailed bill, it was found that:

“This appears to be a standard form document.  It may or may not suggest that Piper Alderman thought that each bill was not an itemised bill.  In any event, against that is the fact that the New Trustees were sufficiently satisfied with the information in the invoices to issue a proceeding for review of them.  However, neither of these things takes the matter very far when looking to see if the invoices are itemised bills.  For the inquiry remains whether the invoices have sufficient detail for the purposes of review.  The short answer is that in the circumstances of this case they do.”

It was subsequently ordered that the 23 tax invoices with attached attendance schedules were itemised bills with the meaning of that term in s 3.4.2 of the Legal Profession Act 2004.

1. If the total amount of the legal costs specified in an itemised bill given by a law practice exceeds the amount previously         specified by the law practice in a lump sum bill for the same matter, the additional costs may be recovered by the law           practice only if:

(b) the costs are determined to be payable after a costs assessment or after a binding determination under section 292 of the Uniform Law.

2.This rule does not affect the operation of any costs agreement in relation to a matter.

“a bill that specifies in detail how the legal costs are made up in a way so as to allow costs to be assessed.”

Do your bills fall under that description? If so, you may find yourself in a Pipers predicament.